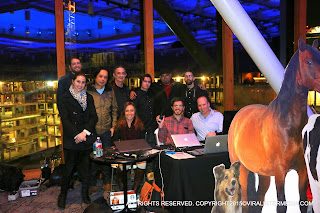 Friday, Dec 4th and Saturday Dec 5th will forever be etched in our minds as "THE" Gala Grand Opening Event of 2015. It was the private and then 'by invitation only' grand opening of JUMP (aka: Jack's Urban Meeting Place) in Boise, Idaho. We had great team on hand to both film and photograph the festivities and to also produce and run the screen show for the stage show on the big screen in the Pioneer Room on the 6th floor. Both nights were spectacular in their own way. We look forward to sharing some amazing pictures and video from both nights in the near future including surprising interviews with VIP guests.
-eb
Posted by VIP eugeboy at 2:27 PM